The Asian Hornet (Vespa velutina), is a species of hornet indigenous to Southeast Asia.

Images are relative to size, but are not shown to scale. 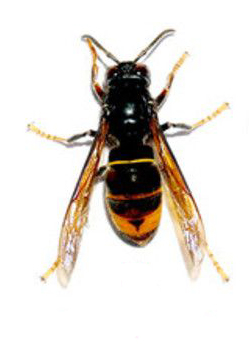 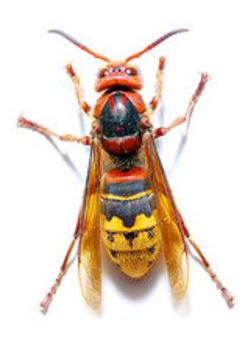 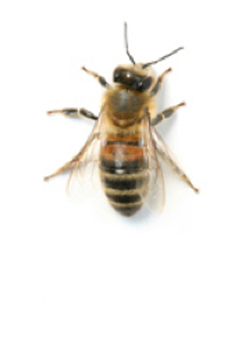 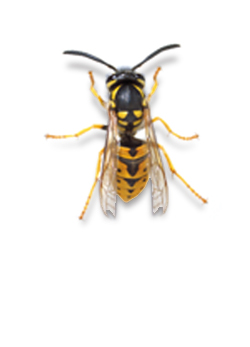 Asian hornets were first introduced to Europe when they arrived in France in 2004, thought to have been unknowingly transported in cargo. From there they rapidly spread across Western Europe. They hunt insects, and in particular honey bees and have been decimating honey bee colonies across Western Europe. A number of nests have been found and destroyed in the Channel Islands and it is feared that the Asian Hornet will make its way into the UK and become established here too.

The first sighting in the UK was made in 2016 in Tetbury in Gloucestershire. Since then there have been several sightings in the South of England and nests have been destroyed.

The Asian hornet typically builds its nest in the open - they often build on tree branches in the foliage. The nest is patterned, which probably helps to disguise it among the leaves and tends to be high up in a tree.

Asian hornets are active between April and November, with a peak in August and September.

An Asian hornet attack can leave a honey bee colony weak and low in numbers. The situation is aggravated as worker bees avoid venturing out to forage in case they are attacked when they do so, with the result that there is insufficient food to sustain the whole colony. A weakened colony is also more vulnerable to attack by other predators, such as wasps, and to parasites and diseases.

It represents the biggest threat to our honey bees and beekeepers are very concerned about the spread of this invasive species.

Attempts are being made to inform the public and for people to be vigilant and notify the authorities if an Asian hornet has been sighted, this in order to prevent the spread of the insects.

HOW DO I SPOT AN ASIAN HORNET?

The Asian hornet's head is a light shade of orange and its antennae are brown with a yellow-orange base.

The European hornet is larger than the Asian hornet.

It’s head is yellow from the font and red from above. It’s abdomen is mostly pale yellow with black stripes. It’s thorax and legs are black/reddish brown

For further information go to: (links will open in a new window) 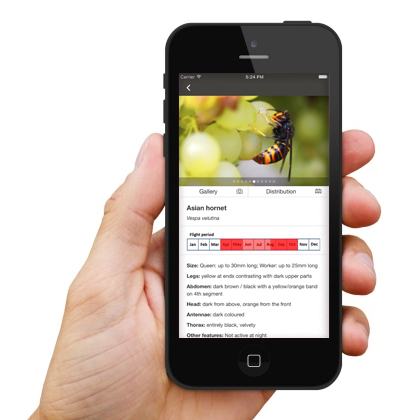 The Asian Hornet Watch Mobile Phone App developed by the Centre for Ecology & Hydrology which can be downloaded for free for iPhones and Android is also of interest to many beekeepers.